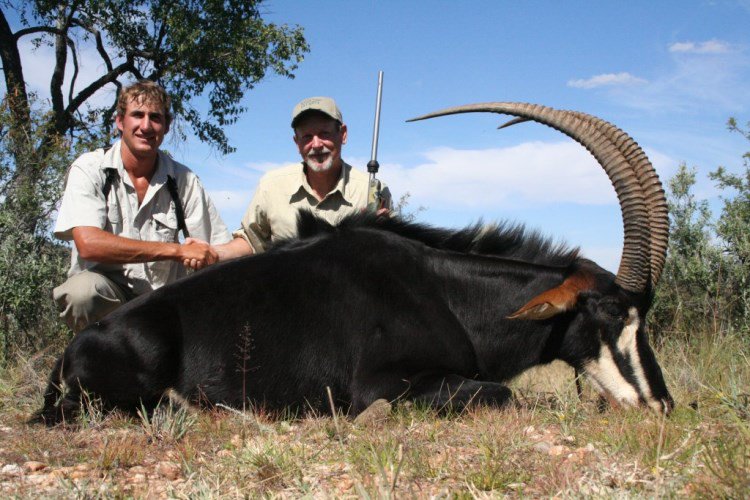 The sable antelope is a large species. It ranges from 117 to 143 cm (46 to 56 in) tall at the shoulder and measures 190 to 255 cm (75 to 100 in) long, not counting a tail of 37–76 cm (15–30 in). Sable antelope can weigh from 150 to 270 kg (330 to 600 lb). As its name implies, the giant sable antelope is slightly larger than other races, but it does not dwarf them. In all subspecies, males are slightly larger than females.Females are chestnut to dark brown, darkening as they mature, while males are very distinctively black. Both sexes have white underbellies, white cheeks and white chins. They have shaggy manes on the back of their necks. Sable antelope have ringed horns which arch backward, in females these can reach 1 m, but in males they can reach over 1.1 m. The lifespans of these animals is up to 18 years.