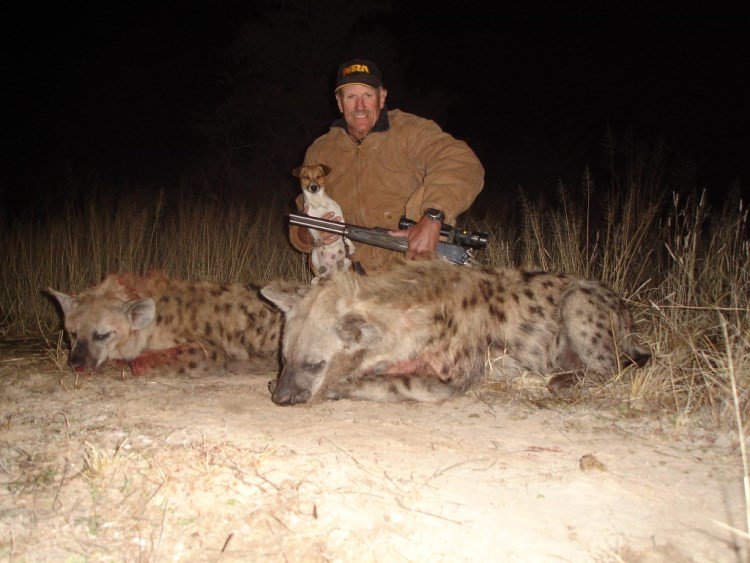 The spotted hyena (Crocuta crocuta), also known as the laughing hyena, is a species of hyena native to Sub-Saharan Africa. It is listed as Least Concern by the IUCN on account of its widespread range and large numbers estimated between 27,000 and 47,000 individuals.The species is however experiencing declines outside of protected areas due to habitat loss and poaching. The species may have originated in Asia,and once ranged throughout Europe for at least one million years until the end of the Late Pleistocene.[5] The spotted hyena is the largest member of the Hyaenidae, and is further physically distinguished from other species by its vaguely bear-like build,its rounded ears, its less prominent mane, its spotted pelt, its more dual purposed dentition, its fewer nipples and the presence of a pseudo-penis in the female. It is the only mammalian species to lack an external vaginal opening.