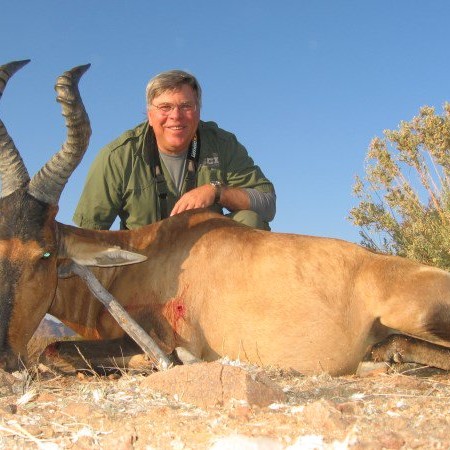 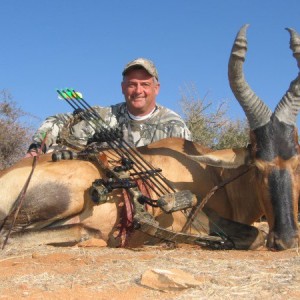 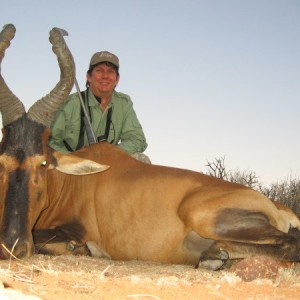 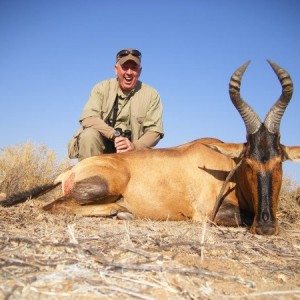 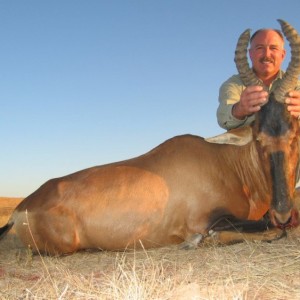 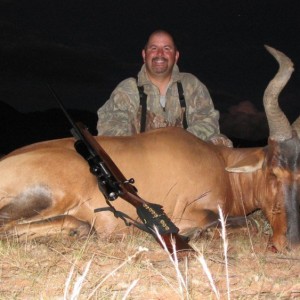 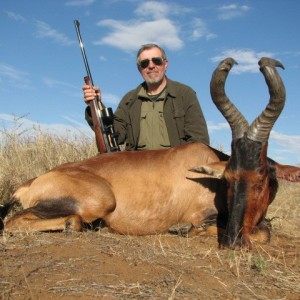 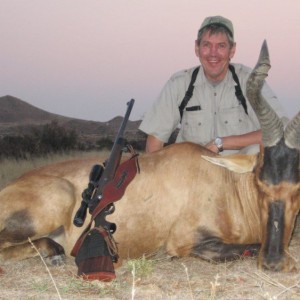 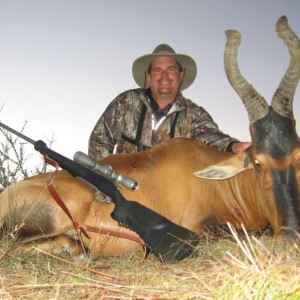 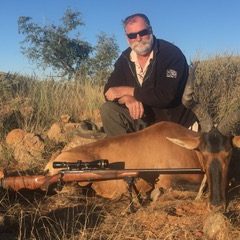 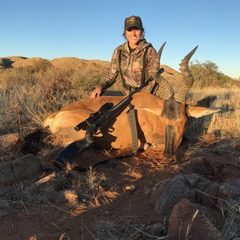 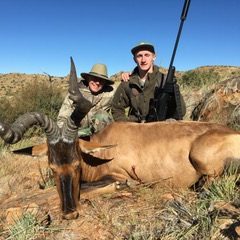 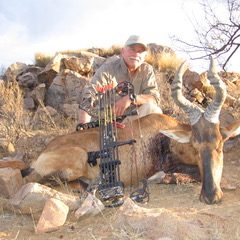 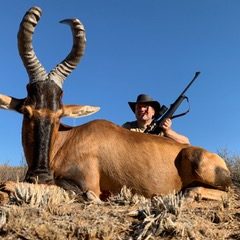 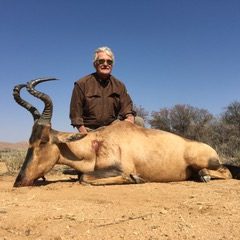 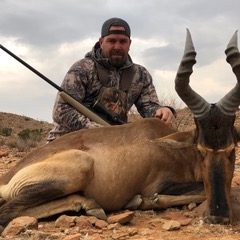 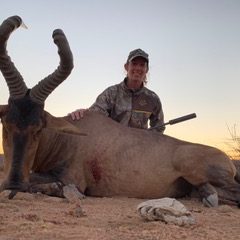 Commonly known as the red hartebeest, it is the most colorful hartbeest, with black markings contrasting against its white abdomen and behind. It has a longer face that other subspecies, with complex curving horns joined at the base. The average weight of a male is about 150 kg, and female is 120 kg. Their average shoulder height is 135 cm, and horns are 60 cm long. The life expectancy of a red hartebeest is around 19 years.Little sexual dimorphism is noted between males and females, showing no distinct identifiable physical features, but body size is slightly affected. Horn size, however, expresses more dimorphism between males and females, as males fight and defend themselves for sexual selection. Thus, male skull weight and circumference is slightly greater than that of the female.Hartebeests have an excellent sense of hearing and smell, although their sense of sight is poor. When alarmed, hartebeests elude confusion before running, by which they can reach a maximum speed of 55 km/hr. Their evasion tactic is to run in a zigzag pattern, making it difficult for predators to catch them.