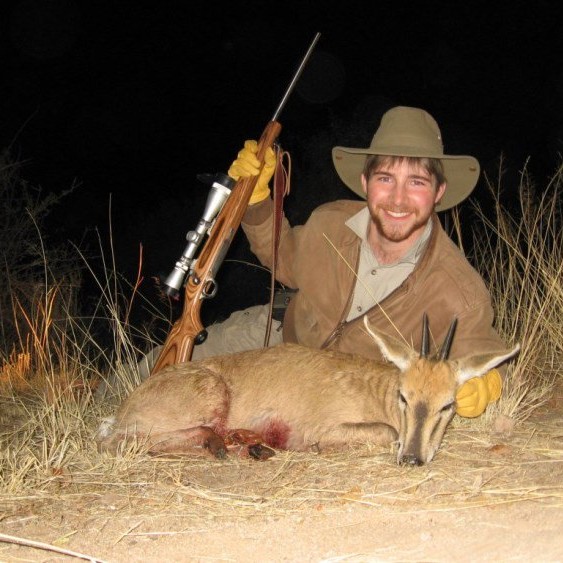 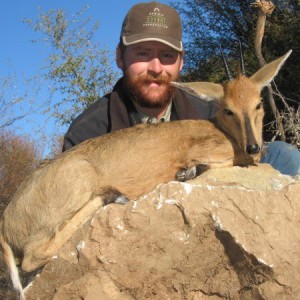 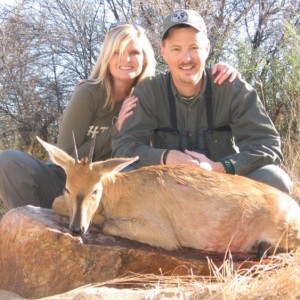 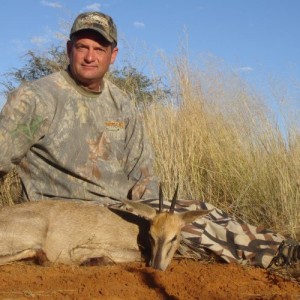 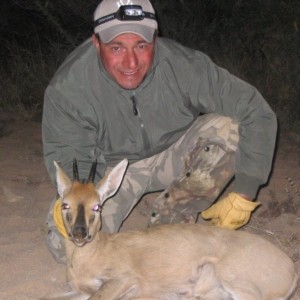 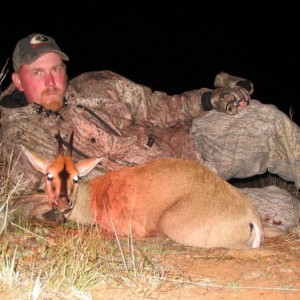 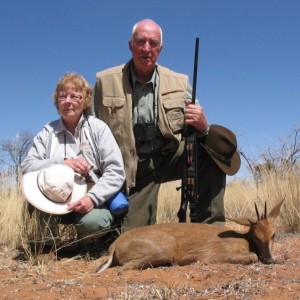 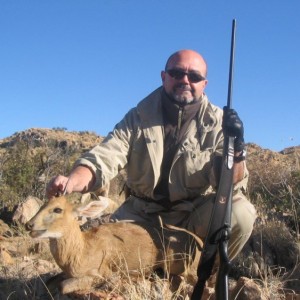 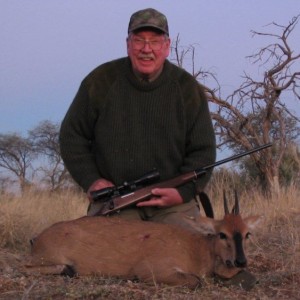 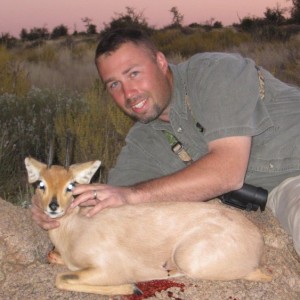 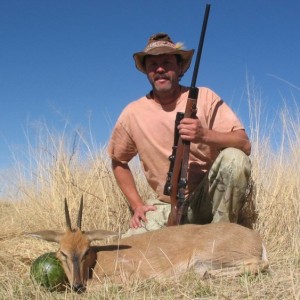 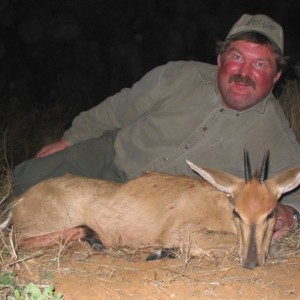 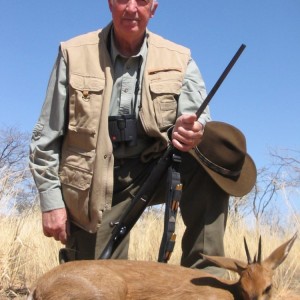 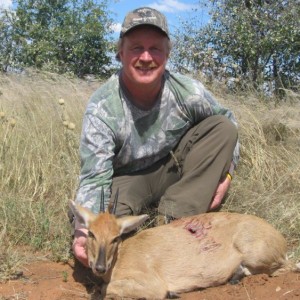 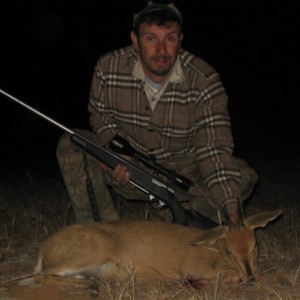 Colouration of this species varies widely over its vast geographic range. As many as 19 subspecies are thought to exist, ranging from chestnut in forested areas of Angola to grizzled gray in northern savannas and light brown shades in arid regions. It grows to about 50 cm (20 in) in height and generally weighs 12 to 25 kg (26 to 55 lb); although females are generally larger and heavier than the males. The males’ horns can grow to 11 cm (4.3 in) long.