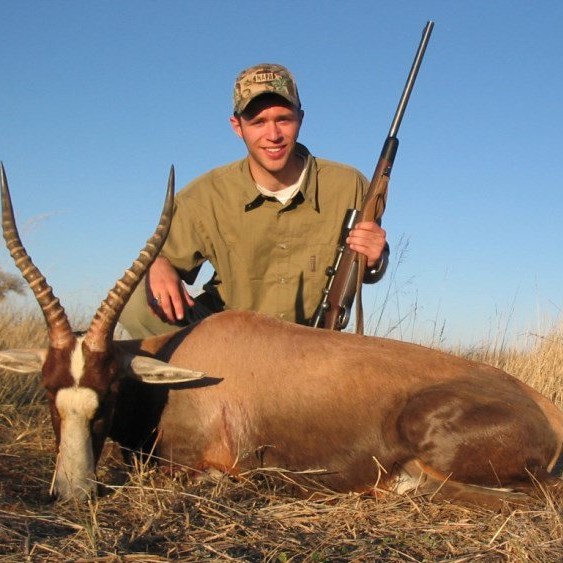 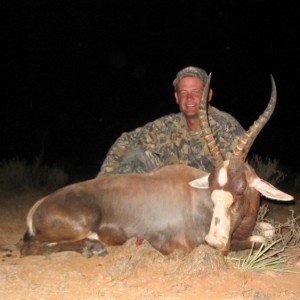 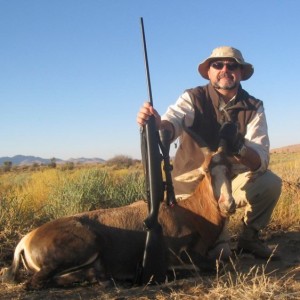 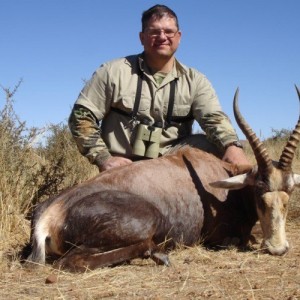 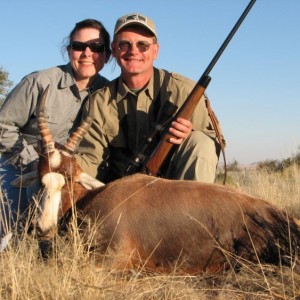 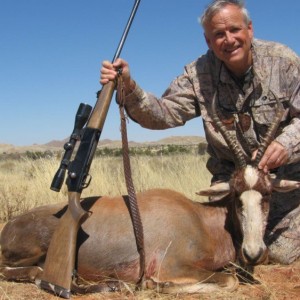 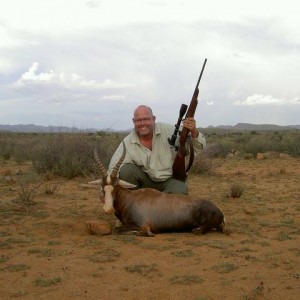 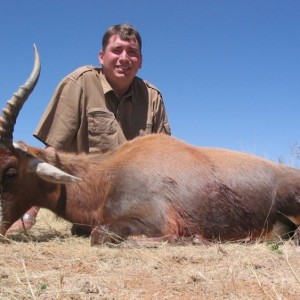 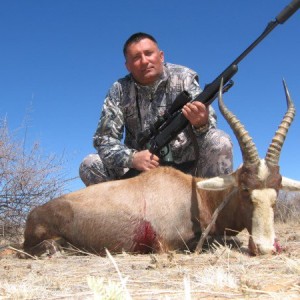 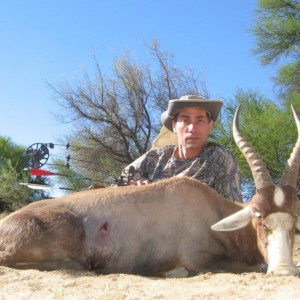 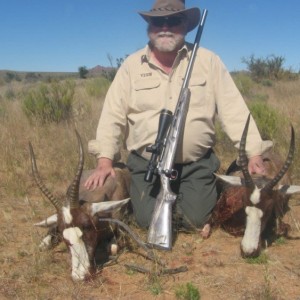 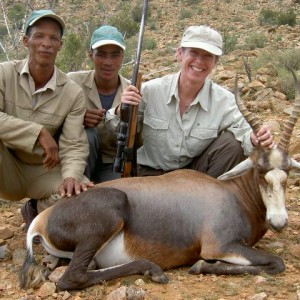 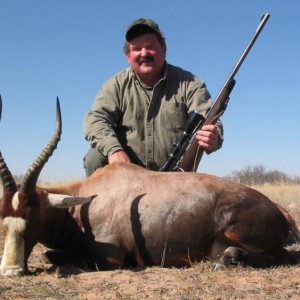 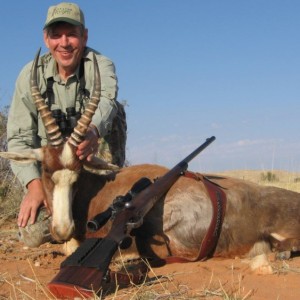 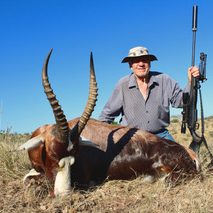 Physically, rams and ewes are remarkably similar. Their mass can be as much as 85 kg. A characteristic of the blesbok is the prominent white blaze on the face and a horizontal brown strip which divides this blaze above the eyes. Body colour is brown with a lighter-coloured saddle on the back, and the rump an even lighter shade. The legs are brown with a white patch behind the top part of the front legs. Lower legs whitish. Both sexes carry horns, ringed almost to the tip. Female horns are slightly more slender. The neck and the top of the back of the blesbok is brown. Lower down on the flanks and buttocks, the coloring becomes darker. The belly, the inside of the buttocks and the area up to the base of the tail is white. Blesbok can be easily differentiated from other antelopes because they have a distinct white face and forehead. The blesbok differs from the bontebok by having less white on the coat and the blaze on the face, which is usually divided, the coat is also a lighter yellow than that of the bontebok. The length of their horns averages at around 38 cm. Male adult blesbok average around 70 kg; females average lower, at around 61 kg